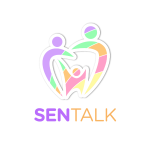 Paul Isaacs will be presenting a webinar about the different processing challenges that come with mentalising, internalising and extracting contextual to autism.

Paul was branded as a “naughty & difficult child” at school. He was classically autistic and non-verbal due to speech articulation difficulties. He had complex sensory issues and appeared both deaf and blind. He gained functional speech around the age of 7 or 8 years old.

Paul went through the mainstream school system with no additional help or recognition of his autism. Consequently, he did not achieve his academic or his social potential and had very low self-esteem.

At age 11, Paul was referred to the children’s mental health service with childhood depression where he was regarded as “developmentally underage” and having speech problems.

As an adult, Paul had a string of unsuccessful jobs, and his mental health suffered. He developed both Borderline and Schizotypal Personality Disorders in early 2007. He was referred to mental health services and misdiagnosed with “Asperger traits with a complex personality”, which did not satisfy Paul or his family.

A local autism organisation put Paul in touch with an experienced psychiatrist, who diagnosed him with Autism at 24 years old. In 2012 Paul was also diagnosed with Scotopic Sensitivity Syndrome by an Irlen Consultant who confirmed that he also had face, object and meaning blindness – conditions which Paul describes eloquently in his speeches and training sessions. He also has dyslexia, dyscalculia and also a dissociative disorder.

Paul has released and published 5 books on the subject of autism published by Chipmunka publishing and has contributed to other books too. Having overcome many challenges to achieve the success that he now enjoys, Paul’s message is that Autism is a complex mix of ability and disability. He firmly believes that every Autistic person should have the opportunity to reach their potential and be regarded as a valued member of society.

To learn more about Paul and his work, please visit:

Would you like to learn more about our work at Sen Talk?

We aim to transform social and emotional outcomes for children and young people with Special Educational Needs (SEN) and their families. Go to www.sentalk.org for more information on our remote and London-based services for children, young people, and parent carers, or contact our email, info@sentalk.org, to learn more.